What can JAWA do for you? 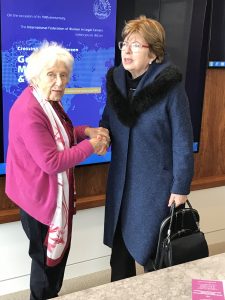 On March 19th, 2018 June A. Willenz attended a ceremony at the offices of the International Federation of Women in Legal Careers where she was awarded the Medal of Freedom issued by the American Veterans Committee for her decades of service to that organization.

the IFWLC was celebrating it’s 90th anniversary and the meeting included a discussion on Crossing Borders between Gender, Migration and Law. 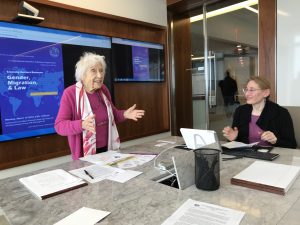 Ms. Willenz gave a rousing speech where she touched on dozens of hot-button issues about gender, equality and social justice affecting the world both today and in the past. Prior to her speech she was introduced by Ms. Denise Scotto, her good friend and a fellow NGO. Ms. Scotto is based in NYC and is a fierce proponent of Women’s Issues at the UN.